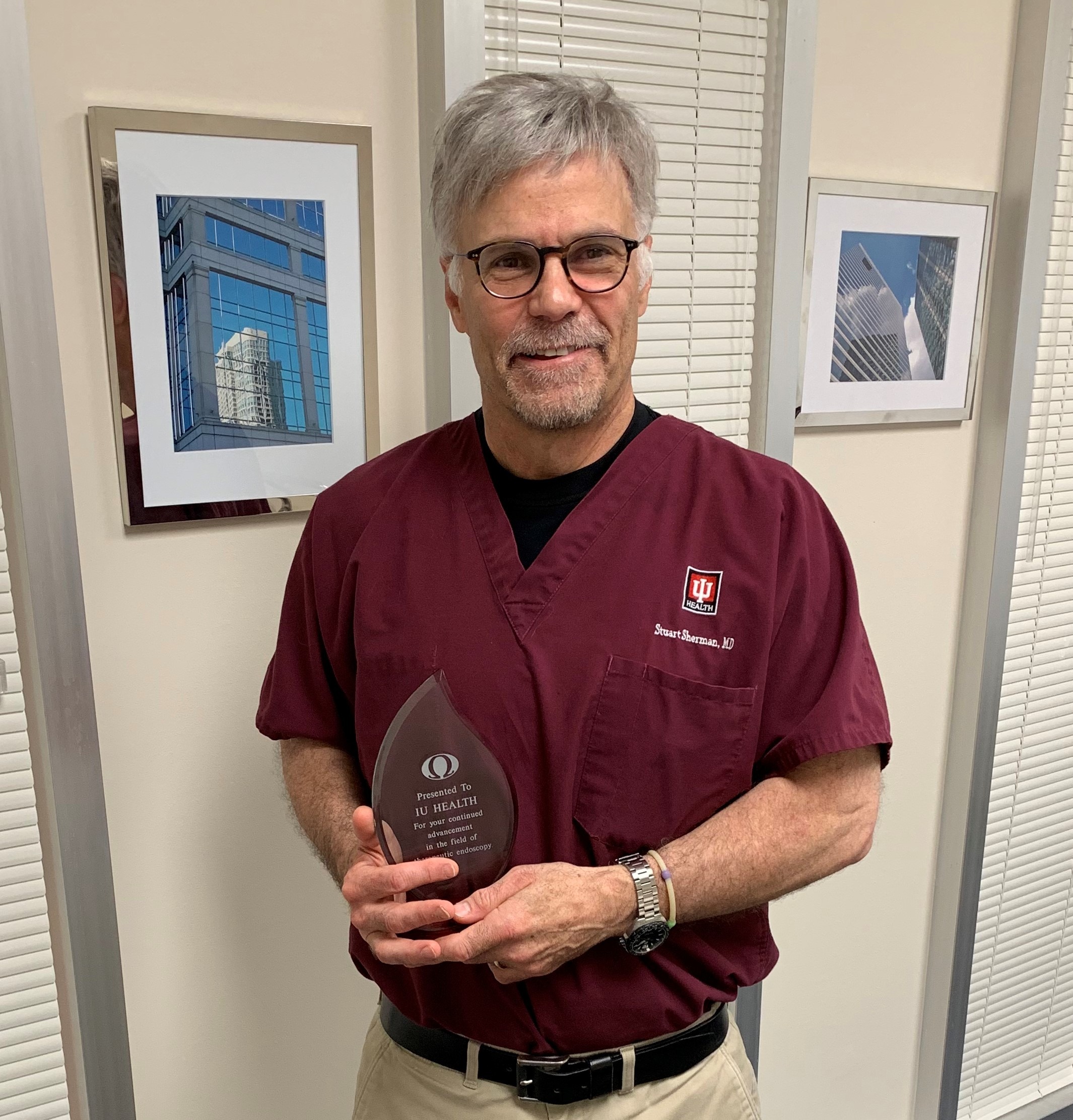 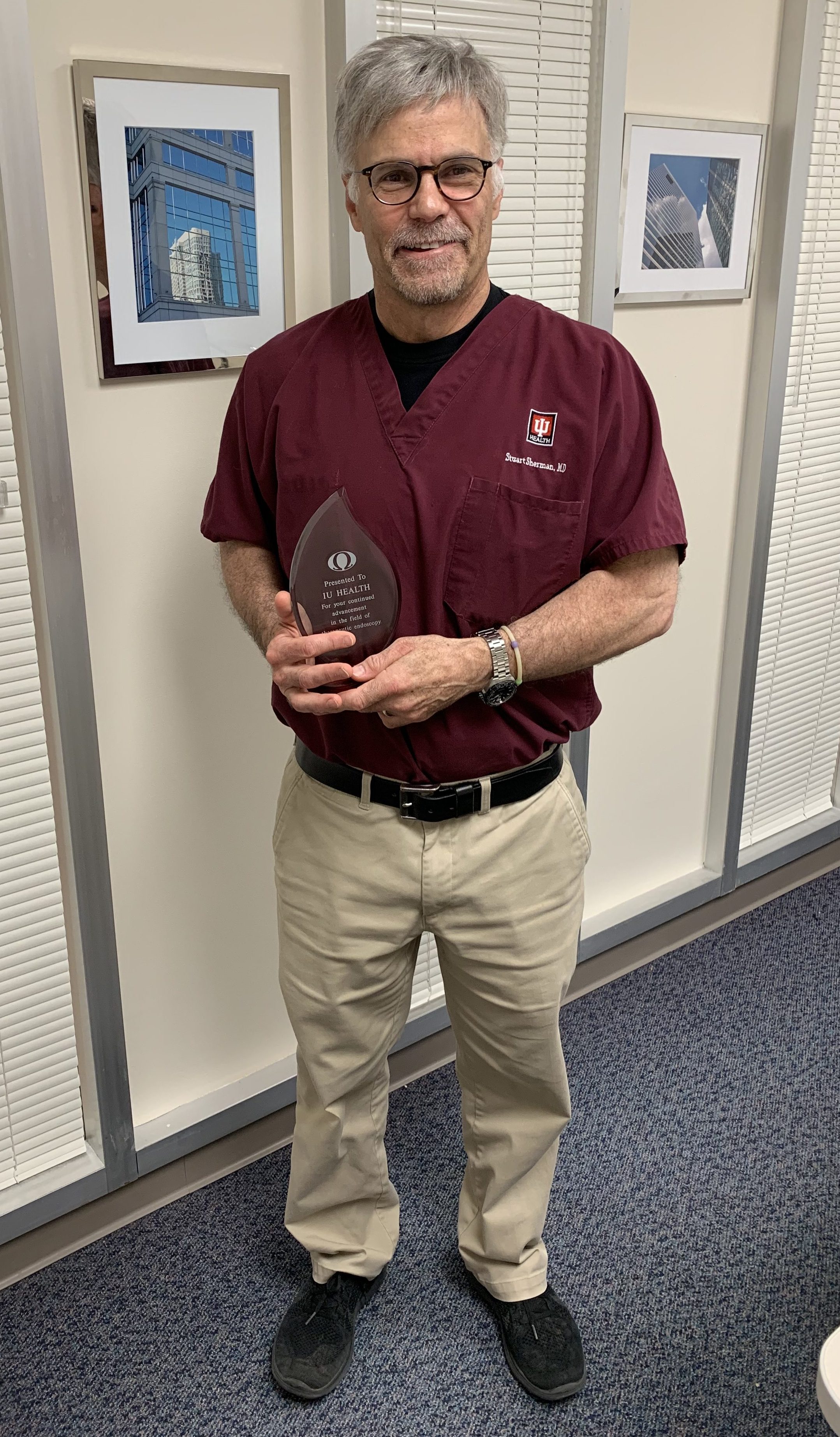 Dr. Stuart Sherman and the Endoscopy team at Indiana University Health installed their fourth Omega E-view Lab. Their fourth room was specially designed with university colors, crimson, red. IU health has been a customer of Omega Medical Imaging Since 2013. Dr. Sherman, Therapeutic Endoscopist at IU Health sat down with our team to tell us what led to his success in Therapeutic Endoscopy, his program at IU and how the Omega E-View aids in patient outcome.

Tell us a little about you. Why did you decide to become a Therapeutic Endoscopist?

I’m Stuart Sherman, I am a professor of medicine and radiology at the IU School of Medicine and the Glen Layman Professor of Gastroenterology.  I was at UCLA doing my GI fellowship and while there I did a six-month rotation on the liver transplant service where I got very interested in biliary tract diseases. Because of my interest in liver disease, liver transplant and then biliary tract disease I thought there was a great opportunity for me to pursue ERCP, to try to make an impact on the care of patients with a liver transplants and liver transplant complications. At that point I was accepted into an advanced endoscopy fellowship in Indiana University where my eyes were opened to the vast opportunities there were for therapeutic endoscopy. I never imagined that the things that were being done at IU at the time were possible. During my one year of fellowship, I was exposed to and became adept and expert at performing ERCP and not only the liver transplant population where I thought it was mostly used, but also for a variety of other indications including, pancreatic endotherapy, which was an evolving area of ERCP at that time. I think that’s the start of my interest and passion in advanced endoscopy. It initially prompted my desire to improve the care of liver transplant patients but evolved into a more expansive area involving all patients with a pancreatic and biliary disease and the opportunity to do interventions that would help them avoid surgery or other interventional types of more invasive procedures.

What is the most important feature of the Omega E-View? 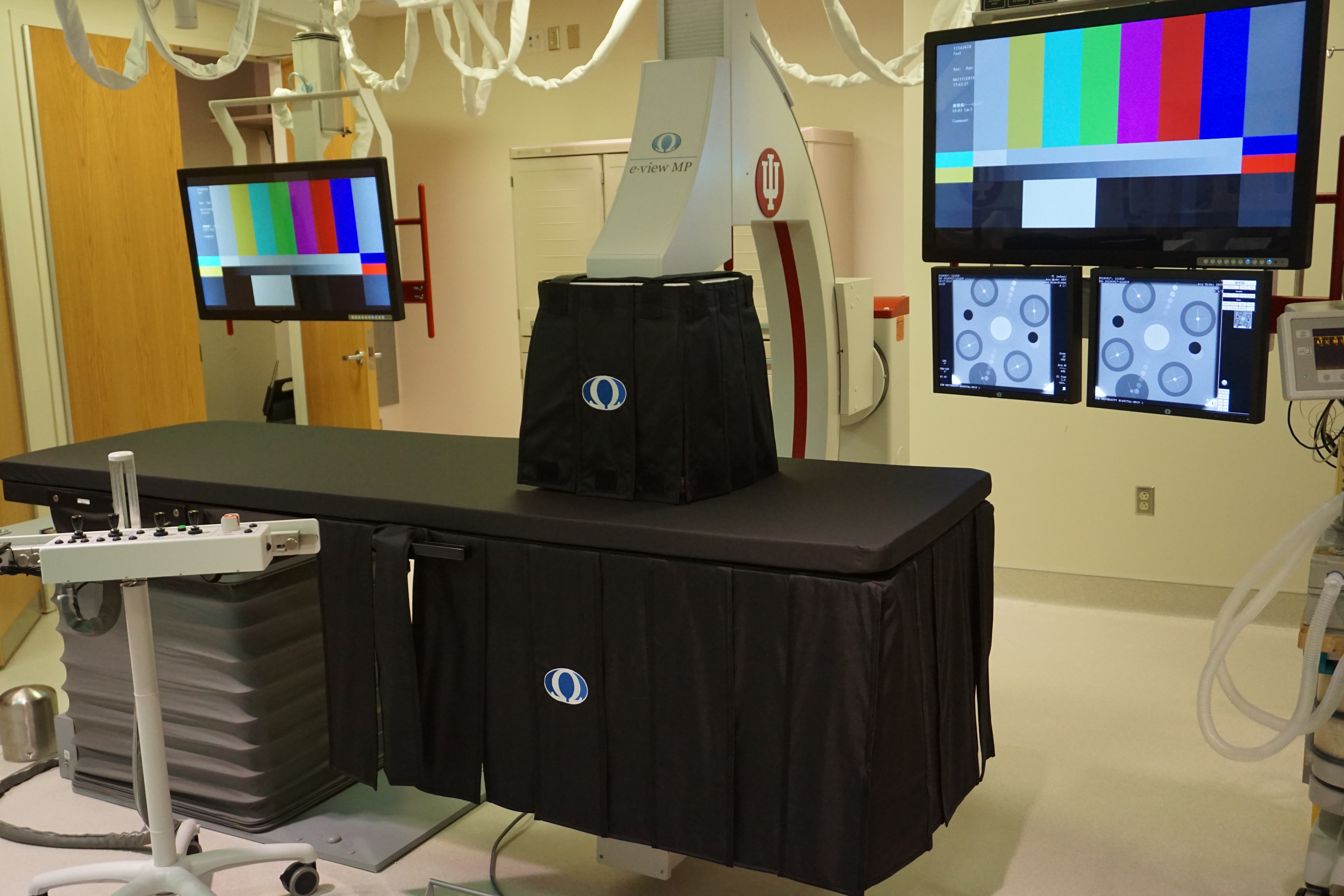 The Omega E-view is a fluoroscopic unit that we’ve all come to love. We now have our fourth unit in our thriving advanced endoscopy program. It has a lot of unique features that we’ve never had in our prior units that made it the “go to” fluoroscopy unit. In fact, all four fluoroscopy units that we have now are made by Omega. It has excellent imaging and radiation exposure is low. Patients can get on the table and off the table easily which makes it easy for our nurses to get the patients on and off the table. There’s the C-arm that is movable, that allows us to again, get the patient on and off the table along with the cradling apparatus. The fact that it has high resolution low radiation exposure, ease of patient positioning on and off the table it was really a no-brainer to use and to purchase. We’ve been very pleased with Omega’s Service team, any problems that we’ve had were immediately taken care of and we were pleased with that process as well. The dose reduction mode is excellent. There’s a great opportunity to reduce radiation exposure to the staff and the patient which is a very important to our program. We’re performing more than 60 ERCP’s per week so, safety is an important feature that we value with the Omega system that we haven’t experienced with our other fluoroscopic units. What we really admire about the Omega System is the remote controls, which are out of the way for our radiology technologist to work the fluoroscopic units. There’s virtually no radiation exposure to our radiology technologists, which is an important part of safety for them as well.

How does the system improve productivity and patient outcome during complex procedures? 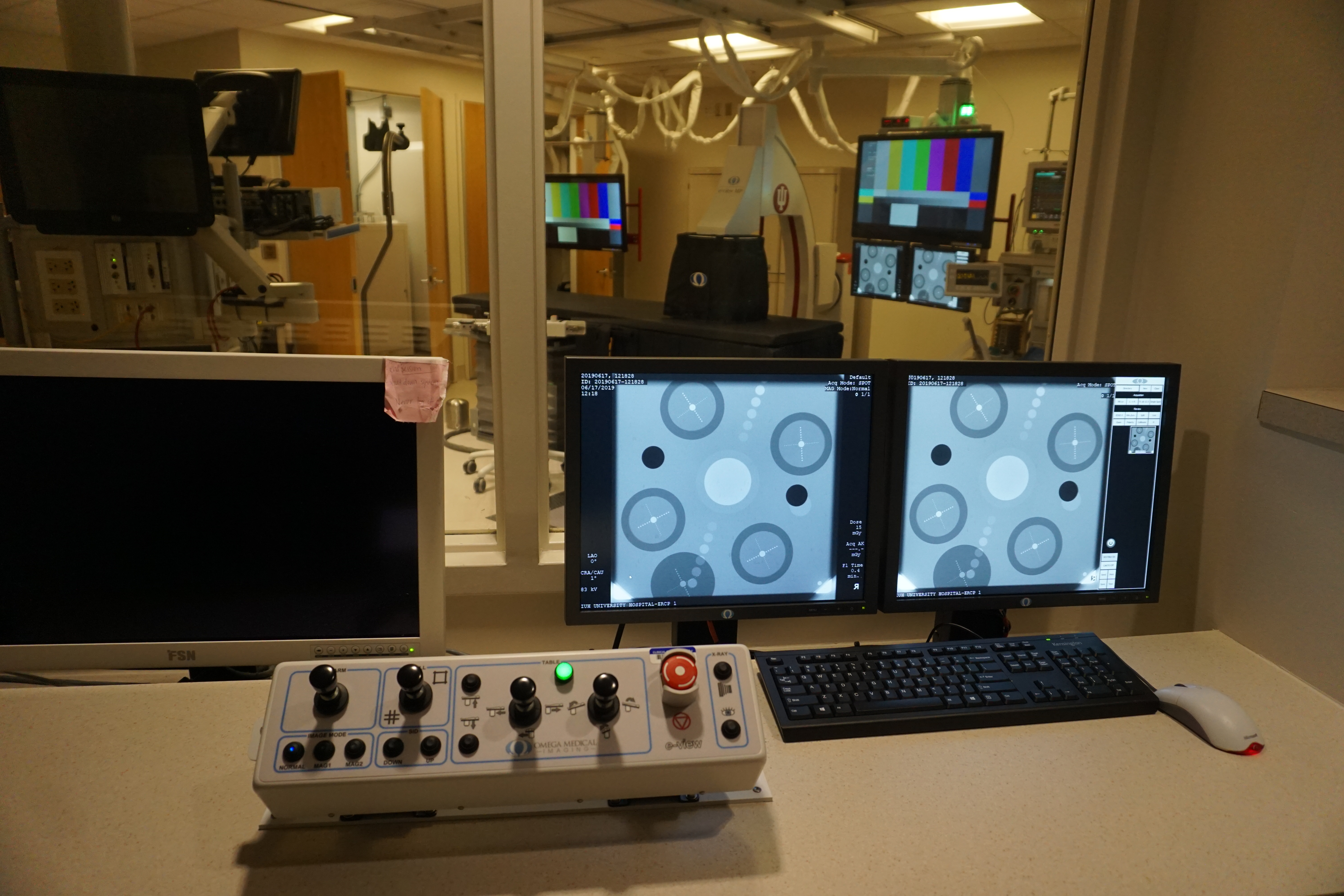 The quality imaging, particularly in small ductile structures such as the pancreas duct, is important in order to negotiate tight strictures, remove small stones, identify small leaks of the ducks, etc. I think the quality imaging is a critical component of getting the patient’s best outcome because the imaging is very good, we don’t have to over-inject the pancreas duct. That’s an important point in with regards to safety. In terms of a patient related complications because the of ease of getting the patients on and off the table it improves efficiency of our procedures in terms of turnover. With those both in mind, we’ve improved patient safety and our productivity through a more efficient turnover after ERCP’s.

Is scatter radiation a concern for you and your staff?

What are your thoughts of the image quality and how does it match up to the competitors?

We’ve been very pleased with the image quality overall. We can see the fine details of the ductal structures which allows us to advance our wires safely and get the job done with positioning of stents or removing stones. I believe it compares very well in terms of imaging to all the other providers that we’ve used before. Before we purchased the Omega Unit, we did several onsite reviews and looked at several other well-known companies producing fluoroscopic units. We found that the Omega compared very well to the competition. We bought our first three units along with another company’s unit for our initial four ERCP rooms but as time passed by five years since we made our major purchase, we realized that Omega was clearly superior in terms of imaging and radiation reduction and therefore made the move to get rid of our fourth unit which was from another company to get another omega unit.

Indiana University Health Medical Center is honored to be nationally ranked by U.S. News & World Report for the 21st year in a row. IU Health continues to be ranked among the best healthcare systems in the nation and the top healthcare system in Indiana. This ranking recognizes the exceptional care, unmatched expertise and continued excellence of our entire team of caregivers, while giving you confidence that you made the right choice in trusting IU Health with your care. IU Health Medical Center was among the 4 percent of U.S. hospitals to earn a national ranking and has the most nationally ranked specialties in Indiana. 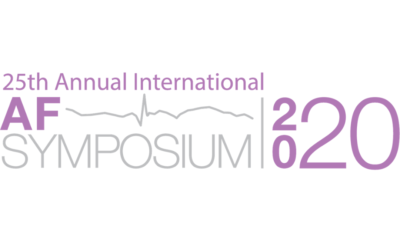 The 25th Annual International AF Symposium on January 23-25, 2020 will be held at the Gaylord National Hotel,... 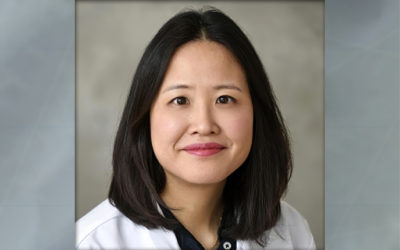 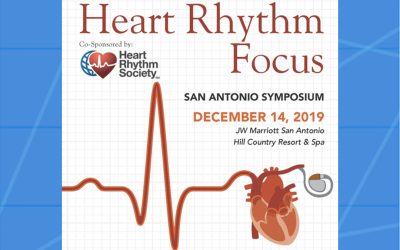 If you have any other questions or concerns please fill out the form below or call us: