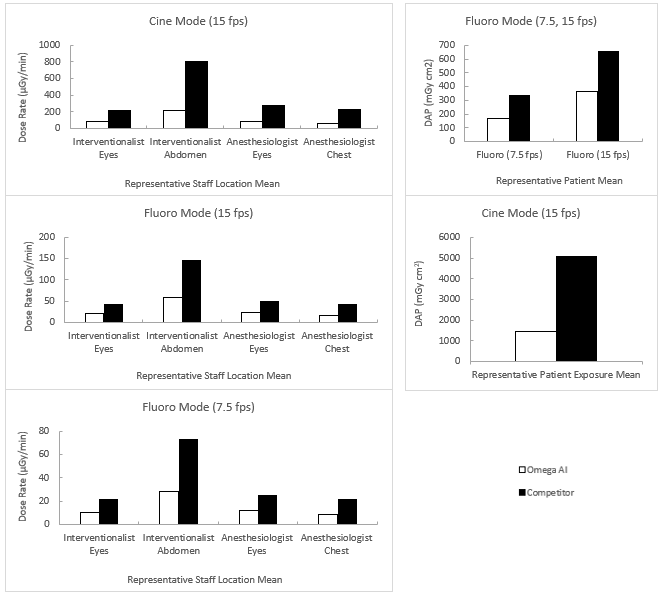 Objective: Interventional procedures are well-known to expose patients and staff to high amounts of ionizing radiation which can contribute to a myriad of complications not limited to cancer, atherosclerosis, cataracts, etc. Although collimation is known to be the most effective way to significantly reduce radiation levels, the process of manual collimation to a region of interest (ROI) is time-consuming and decreases critical field of view for the physician. AI-enabled fluoroscopy utilizes an AI-driven automatic secondary collimator to generate a ROI without eliminating the field of view through integration by advanced image processing. This study aimed to assess the efficacy of an AI image-guided x-ray system versus a conventional, non-AI system in reducing radiation dose. 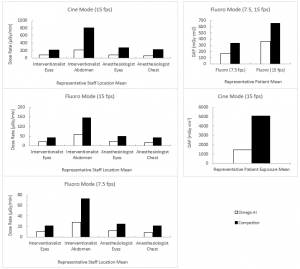 Analysis: There was a significant difference between patient DAP, anesthesiologist dose rate, and interventionalist dose rates for all cine runs (p < 0.001), with the largest percent difference from cine runs being 75% less radiation exposure utilizing the AI-image guided ROI x-ray system (59.3 µGy/min vs 233.3 µGy/min). Additionally, there was a significant difference between DAP and dose-rate for fluoroscopy at 7.5 fps and 15 fps for all three tests (p < 0.001) with the largest percent differences being 61% (8.57 µGy/min vs 21.87 µGy/min) and 60%. (17.27 µGy/min vs 43.47 µGy/min). ** data with 30cm phantom is shown**

Conclusion: In all modes of acquisition at varying frame rates, there is a significant reduction in radiation when comparing the Omega AI image-guided x-ray system to the Siemens non-AI system, with radiation reduction being up to ~75% for staff and ~71% for patients in cine mode, and ~61% and ~51% radiation reduction to staff and patients, respectively, in fluoroscopy mode acquisition. Therefore, we can conclude that the Omega AI image-guided system significantly reduces radiation compared to competitors.

Proving Radiation Reduction with Superior Image Quality is Possible   It’s a throwback Thursday with this blast... 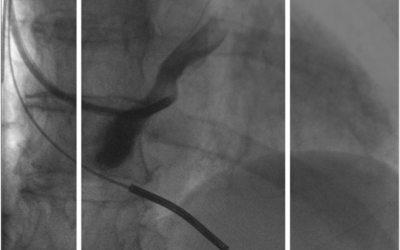 Why Should You Invest in AI Image-Guided ROI Systems for Your Interventional Labs?

What if you knew that by adopting an AI interventional imaging system that automatically tracks devices and adapts the... 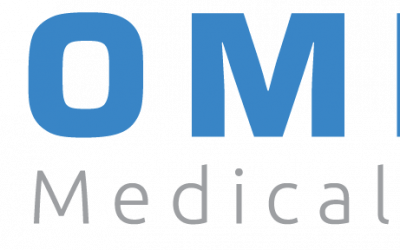